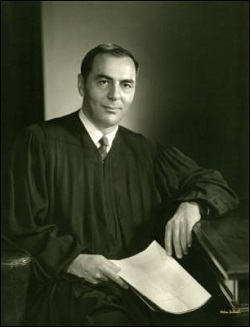 Richard J. Cardamone was born in Utica, New York. He graduated from the Syracuse University Law School in 1952 and was admitted to practice. Following his admission to practice, he practiced law in Utica and served as the Oneida County Republican Chairman for more than three years until he was appointed to the Supreme Court in 1962 by Governor Rockefeller. He was designated to this Court in 1971 and served as an Associate Justice until 1981 when he was appointed by President Reagan to the U. S. Circuit Court of Appeals for the Second Circuit, where he became a Senior Circuit Judge in 1993.