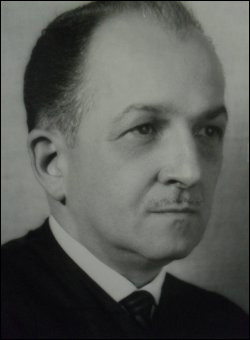 Upon Justice Vincent A. Lupiano’s induction into the New York State Supreme Court, his father, Dominick Lupiano, who had been operator of the justices’ private elevator in the New York County Supreme Court Building for 42 years, came out of retirement to operate the elevator his son took on the day of his installation. His father’s “dream came true” for his son.

Vincent A. Lupiano was born in New York City in 1908. He attended DeWitt Clinton High School and graduated from New York University. He was an accomplished pianist, and his musical talent helped him pay his way through college and law school. He received his law degree from Fordham University School of Law in 1931.

In 1974, the Columbian Lawyers Association honored Justice Lupiano with its Charles A. Rapallo Award in recognition of his “judicial excellence.”