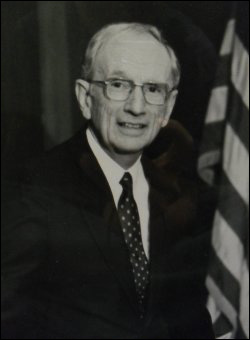 Francis Timothy Murphy was born in the Bronx, New York, on April 21, 1927. After serving in the U.S. Navy during World War II, he returned to civilian life to attend Fordham College and New York Law School. He was admitted to the Bar in 1952.

Following graduation from law school and a period of private practice, Justice Murphy served as an assistant district attorney for Bronx County. Thereafter he served as law secretary to Justice Francis X. Conlon of the Supreme Court. In 1957, Justice Murphy was appointed Justice of the Municipal Court of the City of New York by Mayor Robert Wagner. He was elected to a full term on that court in 1958, and, upon the merger of the Municipal and City Courts in 1962, he became a Judge of the Civil Court of the City of New York. Justice Murphy was elected Justice of the Supreme Court in 1962. Nine years later, Governor Nelson Rockefeller designated him as a Justice of the Appellate Division, First Department. In 1977, Governor Hugh Carey designated him as Presiding Justice of the Court. Governor Mario Cuomo redesignated him to that office in 1990. Murphy retired from the bench in 1997, having reached the mandatory retirement age, and joined the law firm of Kelley, Drye & Warren LLP, as counsel.

In addition to presiding over some 63,000 appeals during his tenure as Presiding Justice, Justice Murphy has written widely on issues embracing legal and social reform, such as attorney ethics, grievance and disciplinary systems, appellate practice reform, fee-sharing, pro bono and public legal services, cameras in the courtroom, and attorney alcohol abuse. He has discussed spousal and child abuse, religious and racial hatred, drug abuse and its consequences, foster care, poverty, civil liberties, persons with disabilities, and mental health. The numerous administrative initiatives he has undertaken further reflect his commitment to the advancement of justice.

Most notably, in 1990 a marble sculpture was added to the Court’s Madison Avenue facade, the first and only such addition in the building’s hundred-year history. Justice Murphy’s idea resulted in the first memorial to the six million victims of the Nazis in World War II erected on a public building in the United States. Dedicated to the memory of the Holocaust, the piece presents an aerial view of the Auschwitz concentration camp, giving enduring memory in stone to the price paid by humankind when justice fails. The inscription reads, “Indifference to injustice is the gate to hell.” The sculpture is not only a memorial, but also, as he himself stated, “It is a constant reminder to all who enter this Court that vigilance is the only way to keep a country free.”

Justice Murphy holds an honorary Doctor of Laws degree from New York Law School and an honorary Doctor of Letters degree from Long Island University. He is a Trustee Emeritus of New York Law School, a Member of the Board of Visitors of Fordham University School of Law and a former Trustee of the Lavelle School for the Blind. Among the many honors bestowed upon Justice Murphy, he has received the Frank S. Hogan Award from the New York State District Attorneys’ Association, the Golda Meir Memorial Award from the Jewish Lawyers Guild, the scroll of Appreciation for “dedicated leadership in assuring true equality for women in the legal profession” from the Association of the Bar of the City of New York, the Distinguished Public Service Award of the New York County Lawyers’ Association, the Humanitarian of the Year Award of the Orton Dyslexia Society and the Special Recognition Award from the New York State Bar Association Committee on Children and Families.

Justice Murphy married Sheila Casey Murphy in 1959. They are the parents of five children.