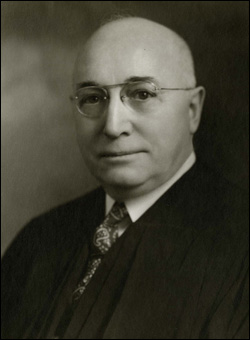 H. Douglass Van Duser was born on March 24, 1885 in Newark, New York. He graduated from Newark High School, received a degree from the Syracuse College of Law in 1909, and was admitted to the bar on September 28th of that year. He practiced in Rochester as an associate for four years and then in a partnership for twenty-five years.

Van Duser was elected Monroe County Judge in 1938, sitting from 1939 to the close of 1944. He was elected to the Supreme Court in the latter year, on which he sat from 1945 until his mandatory retirement at the end of 1955. He received a temporary appointment to the Appellate Division of the Fourth Department on April 28, 1954, which he held until his retirement. Subsequently, he served several years as an Official Referee. He died on March 4, 1961.