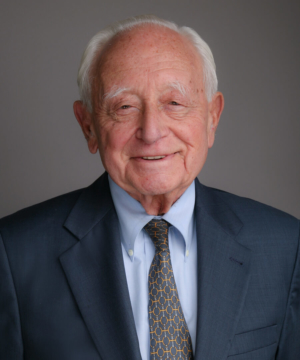 Justice Milton Mollen was born in Brooklyn and educated at Samuel J. Tilden High School and the St. John’s University School of Commerce. He went on to earn a law degree from St. John’s University School of Law in 1950. Mollen was engaged in the private practice of law for two years, then took the position of assistant Corporation Counsel for New York City and rose through the ranks there. In 1964, his positions included chairman of the Mayor’s Housing Policy Board and head of the Housing and Redevelopment Board. He also served on the Citizens Housing and Planning Council and as vice chair of the Anti-Defamation League New York advisory board.

After running unsuccessfully for the position of City Controller, Mollen joined the bench in March 1966 when he was appointed as a judge of the New York City Criminal Court by Mayor Lindsay. In 1968, Mollen won election as a Justice of the State Supreme Court, a position he would hold until 1975. He then served as Administrative Judge of the Supreme Court, Civil Court and Criminal Court for Kings and Richmond County in 1976. In October of that year he was designated as an Associate Justice of the Appellate Division, Second Department. From 1978 until 1990, Justice Mollen served as the Presiding Justice of that court. He also served as a Judge of the Court of Appeals by designation during January and February 1989. After 24 years on the bench, he retired in March 1990.

Mollen has continued an active career in public service and law following his retirement from the bench, holding the position of Deputy Mayor for Public Safety from 1990 until 1992, building on crime prevention programs such as the Safe Streets program, which increased the number of officers on foot patrol in New York City. For the next two years he served as chairman for the Mollen Commission, a special commission formed to investigate corruption in the New York City Police Department. He also served as Special Counsel to the Nassau County Legislature and practiced law at Graubard Mollen & Miller and at Herrick, Feinstein LLP. In 1992, Mollen founded the New York office of JAMS, Judicial Arbitration and Mediation Services, Inc., which offers alternatives to civil lawsuits. He served as Chief Judicial Officer for two years and as an arbitrator and mediator thereafter. In 2011, the Milton Mollen Commitment to Excellence Award was established in his honor to recognize court employees of the Second Department.

Additionally, Mollen is a World War II veteran. He enlisted in the U.S. Air Force in 1942, was shot down over France and taken prisoner, and eventually escaped from a prison camp in 1945.

He married Bebe Miller and had two children.