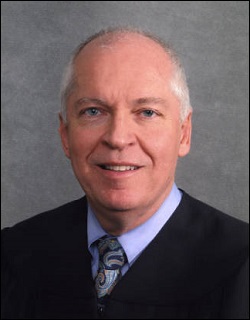 Justice Lunn also sat on the bench of the 4th Department; more information can be found HERE.

Justice Robert J. Lunn graduated from the University of Rochester in 1969 and earned his Juris Doctor from Cornell Law School in 1974. He was admitted to the bar in the following year. From 1976 until 1977, he served as an Assistant District Attorney for Monroe County.

Lunn was formerly a member or the New York Pattern Jury Instructions Committee and the Task Force Committee of the State Association of Justices of the Supreme Court. He has also written and lectured extensively, including editing and writing for the New York State Bench Book publication.