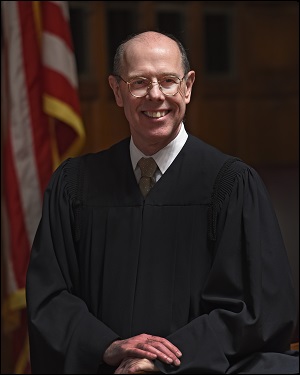 Eugene M. Fahey, Associate Judge of the Court of Appeals, was born in Buffalo, New York, in September 1951. He attended high school at St. Joseph’s Collegiate Institute. Later, he graduated from the State University of New York with a B.A. in political science in 1974 (cum laude), a law degree in 1984 and an M.A. in European History in 1998. Judge Fahey served on the Buffalo Common Council from 1978 to 1983 and again from 1988 to 1994. He served as Law Clerk to Judge Edgar C. NeMoyer in the New York Court of Claims before entering private practice in 1985, serving as house counsel for Kemper Insurance Company until 1993. Judge Fahey was elected to Buffalo City Court in 1994.

He was elected to the Supreme Court in 1996, and was re-elected in 2010. As a Supreme Court Justice, Judge Fahey was assigned to handle a civil calendar as well as criminal Special Term and presided over a variety of cases in Erie County as well as the outlying counties in the Eighth Judicial District. He was assigned to the Commercial Division in Erie County in January 2005 until his appointment by Governor George E. Pataki to the Appellate Division, Fourth Department in December 2006. In January 2015, Judge Fahey was nominated to the Court of Appeals by Governor Andrew Cuomo. The New York State Senate unanimously confirmed that nomination on February 9, 2015. He and his wife, Colleen Maroney-Fahey, live in Buffalo, New York. They have one daughter.