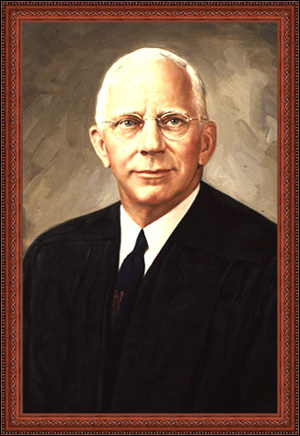 Charles W. Froessel served as an Associate Judge of the Court of Appeals from 1950 until his mandated retirement from the Court at the end of 1962, the year in which he turned 70. He never did retire, however, from continuing with his lifetime of service to his fellow man or lose his zest for visiting those “faraway places with strange sounding names, far away over the sea.”1

In 1981, at age 88, a week before he was honored by the New York State Bar Association with its Distinguished Fifty-Year Lawyer Award, he returned from a trip to the Antarctic.2

Judge Froessel accepted-indeed, thought fair- the constitutional mandate that compelled him to relinquish his seat on the Court. In his words, “if a judge is no longer alert or keen he should be retired. And if, on the other hand, he still has those qualities, he will find plenty of things to do.”3

His philosophy was that “one retires only when seriously ill, or when the final summons is issued. We are living in a world that needs all of us, notwithstanding our years, for there is much work to be done, and many new doors to be opened.”4

On another occasion he said, “Speaking more specifically, I think it is the duty of a lawyer . . . to become part of his community and to share his talents with his community.”5

His life embodied those principles.

At the ceremony marking his retirement, Chief Judge Charles S. Desmond prophetically remarked: “The end of the calendar year in which a Judge celebrates his seventieth birthday no longer signals retirement or even a lessening of activity. To a man of Judge Froessel’s superabundant vitality it merely starts a new round of strenuous occupations and associations, an eager grasping of new opportunities.”6

That “superabundant vitality” would have been immediately evident to anyone seeing Judge Froessel as he left Court of Appeals Hall after midnight (as he did almost every evening when the Court was in session), heavily laden briefcase in his left hand and a freshly lighted cigar in his right, briskly striding along Eagle Street to the then DeWitt Clinton Hotel for a few more hours of reading briefs, reports and opinions.

Judge Froessel lived up to the Chief’s expectations. After his “retirement,” he continued to serve as Chairman of the Board of Trustees of New York Law School (1958-72), from which he had graduated in 1913, earned an LLM in 1914 and was awarded an honorary LLD in 1955.7

He was instrumental in obtaining permanent accreditation for the Law School by the American Bar Association and moving it from its old William Street quarters to its present location on Worth Street. For a time (1968-69), he also assumed the additional duties of Acting Dean. The Law School’s Charles W. Froessel Intramural Moot Court Competition is named after him.

Judge Froessel also maintained his lifelong active association with the Masonic Order, of which he was a Past Grand Master, F.& A.M, State of New York (1944-46),8 as well as Chairman of the Conference of Grand Masters of the United States (1946-47), and with the Boy Scouts of America, where he was a member of the National Executive Board, having first served in local, state and regional Councils since the early days of Scouting in the United States. In 1955, the BSA awarded him the Silver Buffalo Award for distinguished service to youth.

In his post-retirement public life, Judge Froessel was appointed a member of the Court of Appeals’ Reapportionment Commission (1966), a Delegate to the New York State Constitutional Convention (1967), Chairman of the Governor’s Commission to Revise the New York Abortion Law (1968), and Designee of the Presiding Justice of the Appellate Division, Second Department in a judicial conduct inquiry.9

Charles W. Froessel was born on November 8, 1892, in the Williamsburgh section of Brooklyn, N.Y., the son of Theodore and Barbara (Hoffmann) Froessel. With the death of his father, an Alsatian immigrant, he began working at the age of 13, studying at night to complete high school.10

With a diploma from the Brooklyn Business Institute, he enrolled in night courses at New York Law School. After earning his LLB (1913) and LLM (1914), he was admitted to the New York Bar in July 1915.11

During World War I, Froessel served as a Lieutenant in the United States Navy. In April 1916, he was appointed as counsel to the Sheriff of Queens County, Paul Stier, whose daughter, Elsie, he subsequently married on June 1, 1927.12

Froessel remained as counsel to the Sheriff until 1920, when he left that position to become an Assistant District Attorney in Queens County. He was in charge of the Appeals Bureau (1924-26) and Trial Court (1926-30).

While an assistant district attorney, Froessel tried several capital murder cases. The most famous, and one of the most sensational trials13 ever to be held in New York City, was that of Ruth Snyder, a Queens housewife, and her lover, Judd Gray, who claimed to be a “dupe and a slave under her domination,” who were accused, convicted and, on January 12, 1928, executed in Sing Sing Prison for the murder of Mrs. Snyder’s husband, Albert, in a scheme to collect on his life insurance.14

The trial inspired the 1954 movie “Double Indemnity,” starring Fred MacMurray, Barbara Stanwyck and Edward G. Robinson. Froessel conducted the cross-examination of Ruth Snyder and represented the People on defendants’ appeal to the Court of Appeals.15

After leaving the District Attorney’s Office, Froessel spent several years in private practice in Queens until, in 1935, he became a Special Assistant to the United States Attorney General in charge of Slum Clearance Projects in New York City, a post he held until January 1937, when he was appointed a Justice of the City Court of the City of New York in Queens County. Later that year, he was nominated by the Democratic and Fusion tickets as their candidate for Justice of the Supreme Court, Second Judicial District, and he was elected in November 1937. Judge Froessel served on the Supreme Court, Queens County, until January 1, 1950, following his election as an Associate Judge of the Court of Appeals on his birthday, November 8, 1949.

During 1958-59, in addition to his full case load and many outside interests, Judge Froessel supervised the reconstruction and beautification of the Court of Appeals Hall (which recently underwent another wonderful renovation and enlargement in 2003-04). As then Chief Judge Desmond put it: “It was a task to which he literally dedicated two years of his life, while functioning fully as a Judge of the court. No engineer of the State took more seriously nor was concerned more thoroughly with each detail of the entire project. Court of Appeals Hall is a monument to and from this man.”16

Judge Froessel was not an “activist” judge, but rather one who believed strongly that “[n]either the courts nor the executive have the right to ignore the will of the people as clearly expressed in the legislative mandate of their duly elected representatives.”17

One of his great strengths on the Court, which he brought to the conference table, was being as knowledgeable on each of the cases assigned to the six other judges as on those he was to report on. This was the result of long hours and hard work. “The heights by great men reached and kept/Were not attained by sudden flight,/But they, while their companions slept,/Were toiling upward in the night.”18

Among the many other organizations to which Charles W. Froessel devoted his time, energy, intellect and fellowship are the Queensborough (VP 1934-37) and Ridgewood (Dir. 1932-54) Chambers of Commerce, Queens Federation of Churches (Director), Ridgewood Presbyterian Church (Hon. Pres. Bd. of Trustees, Elder), the Big Brother Movement (Advisory Board), and the N.Y. World’s Fair Corp. (Exec. Comm. 1964-65). Judge Froessel died on May 2, 1982 and, after a funeral service at the Ridgewood (Queens) Presbyterian Church, was buried at Evergreen Cemetery in Brooklyn.

He and his wife left no offspring.