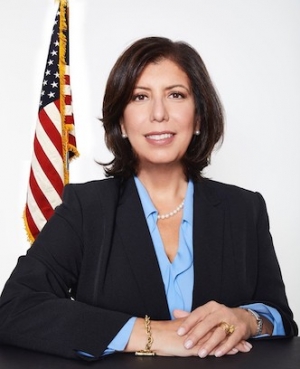 Madeline Singas, Associate Judge of the Court of Appeals, was born in 1966. The daughter of Greek immigrants, she was raised in Astoria, Queens. She is a graduate of the Bronx High School of Science, Barnard College of Columbia University (B.A.), and Fordham University School of Law (J.D.).

Judge Singas was nominated to the Court of Appeals by Governor Andrew M. Cuomo on May 25, 2021 and she was confirmed by the New York State Senate on June 8, 2021.

Judge Singas lives on Long Island with her husband and twins.