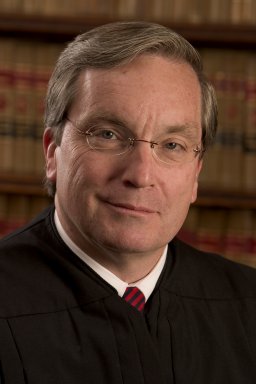 Associate Justice John W. Sweeny, Jr. is known for his focus, reliability, and unwavering dedication to treating all attorneys, litigants, and employees with respect and objectivity. Sweeny is an intellectual judge, devoted to his job and the importance of a fair trial.

Associate Justice Sweeny graduated with his A.B. in government from the University of Notre Dame in 1971 and received his J.D. from Fordham University School of Law in 1974. He began his career in private practice as an associate for McCann, Ahern, and Sommers the same year. In 1976, he served as Confidential Law Secretary for John P. Donohoe J.S.C. He then became Administrative Assistant District Attorney for Putnam County from 1976-1977. In 1977, he was the Confidential Law Secretary for Fred A. Dickenson J.S.C., where he worked until 1986.

He gained his judicial experience serving as a multi-hat judge for The Putnam County Court. He was elected as a County Judge, but also sat for the Family and Surrogate’s Courts. In Family Court, he always made the children his priority, and never lost this drive to keep the children safe and protected. In 1987, he became Acting Justice at the New York State Supreme Court until 1999. Sweeny then became a Justice in the New York State Supreme Court in 2000, where he served as the Senior Resident Justice for Putnam County.

In 2013, Sweeny, a Republican, and his GOP colleagues faced a difficult reelection to the New York Supreme Court. When he was first elected in 1999, registered Republicans in the Ninth District outnumbered Democrats 420,363 to 345,993. This number differed in 2013 where Democrats outnumbered Republicans 495,584 to 319,734 in the Ninth District.  Even facing these numbers, Sweeny ran with the endorsements of the Republican, Working Family and Converative parties and was ultimately reelected to the New York Supreme Court for the Ninth Judicial District in 2013. He could have served this term until 2027, but he retired in December of 2019.

In 2010, Judge Sweeny was presented with the U.S Army Reserve Employer Support Award from the Department of the Army for “extraordinary employer support of army reservists.”  When he was still Supreme Court Judge for Putnam County, an active duty soldier from the 101st Air Assault called the County Clerk’s office to expedite his marriage license. When Judge Sweeny heard of the man’s situation, he not only offered to marry the couple, but hosted a reception at his own home for their guests. This was just one of the many ways Justice John Sweeny, Jr. showed his exceptional commitment to providing services and support to active duty men and women.

In 2013, Justice John W. Sweeny Jr. was given a Distinguished Service Award by the Stephen P. Driscoll Lodge of New York State Fraternal Order of Police, FDNY members from Putnam County, the Knights of Columbus Lodge 6318, the VFW, and the Putnam County Bureau of Emergency Services.

The Chief Judge of New York appointed Sweeny to the Task Force on Reducing Delay in Civil Litigation and to the Jury Trial Project. Additionally, he is still a member of Ninth Judicial District Committee to Promote Gender Fairness in the Courts, and a lecturer and moderator for State-Wide Judicial Training Seminars. He was the former chair of the Board of Trustees for the Putnam County Law Library and was a chairman of the Putnam County Jury Board. He is also a member of the New York State Trial Lawyers Association and the Association of Trial Lawyers of America.

*This biography was written by Kaleigh McCormick in the Summer of 2019. At the time of authorship, Ms. McCormick was a rising sophomore at Columbia University in New York City.