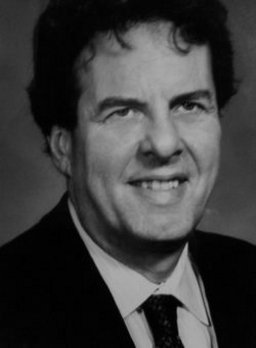 James M. McGuire was born on July 3, 1953 in Boston, Massachusetts. He graduated from Fordham University in 1975 and received his law degree in 1980 from Cornell University Law School.

Judge McGuire began his legal career in 1980 as an assistant district attorney in the New York County District Attorney’s office, where he remained for five years. From 1985 through 1987, he was an associate at the law firm of Skadden, Arps, Slate, Meagher & Flom LLP. Following that, McGuire once again went into public service and became Deputy Counsel to the New York State Commission on Government Integrity, serving through 1989. During the next six years, he once again joined the New York County District Attorney’s office, where he served first as Deputy Chief Counsel of the Appeals Bureau and then as Senior Investigative Counsel to the Rackets Bureau.

When George E. Pataki became Governor of New York in January 1995, Judge McGuire joined his administration as First Assistant Counsel. In November 1997, he was named Chief Counsel to the Governor and, in that capacity, played a pivotal role in the administration’s efforts to reinstate the death penalty and abolish parole for violent felons. He left Albany in February 2003 and joined the law firm of White & Case LLP as counsel, where he remained until the following year, at which time he was elected to the Supreme Court bench in the 11th Judicial District.

In 2005, after serving less than one year on the Supreme Court bench, Judge McGuire was appointed by Governor Pataki to the Appellate Division, First Department. He remained there until his resignation in 2011, at which time he cited the fact that New York state judges had not been given a pay raise for 12 years and that he had to consider the needs of his young family. In June 2011, he joined the law firm of Dechert LLP as a partner.

Justice McGuire is married to Lisa Baroni, also an attorney. They are the parents of two children.