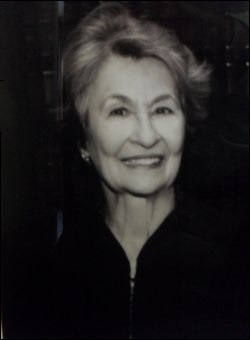 When asked why she was leaving the bench, Appellate Division, First Department Justice Helen Freedman stated that she was following another longtime player into retirement. “When Derek Jeter said he was ready to move on to something new, I had to consider whether I was too. I wanted to start something new while I still have the capacity and the drive.” (After 36 Years, Freedman is Leaving Bench for JAMS, New York Law Journal, October 17, 2014, p.1.)

Helen E. Freedman was born in New York City on December 15, 1942. She grew up in the Bronx and graduated from Smith College and New York University School of Law. After her Bar admission in 1967, Judge Freedman became a staff attorney at the American Arbitration Association. Between 1970 and 1978 she held a number of positions, including associate, law secretary and senior attorney.

Her judicial career began in 1979 when she served as Judge of the Civil Court of the City of New York. Judge Freedman held that position until 1984, when she was appointed Acting Justice of the Supreme Court, First Judicial Department. In 1988 she was elected Supreme Court Justice, New York County. After serving on the Appellate Term, First Department from 1995-1999, Judge Freedman was reelected to the Supreme Court in 2002. During her term, she served in the Commercial Division of the Supreme Court and had been designated Presiding Judge of the Litigation Coordinating Panel for multi-district litigation in New York State. In 2008, Governor David Paterson appointed her Associate Justice of the Appellate Division, First Department, where she remained until 2014 when she stepped down from the bench and joined JAMS, an alternate dispute resolution provider.

Judge Freedman has taught at New York Law School and has lectured extensively on trial and appellate practice, mass torts, ADR, commercial practice and medical-legal issues. She is the author of New York Objections, a book on trial practice and the making of objections, as well as a chapter in Commercial Litigation in New York State Courts.

She is the recipient of many honors, including the Louis J. Capozzoli Gavel Award, Award for Judicial Excellence from the State Trial Judges Conference of the American Bar Association, and a Smith College Medal for “Judicial Independence.”

Judge Freedman is married to Henry A. Freedman; they have 2 grown daughters and 6 grandchildren.