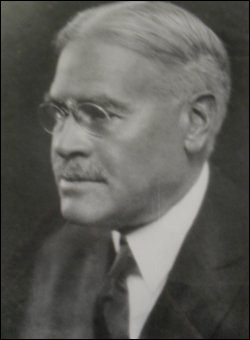 Born on January 29, 1855 in Manhattan, New York, to Robert Vernon Davis and Mary Semler Davis, Justice Davis was educated in both public and private schools. He graduated from City College of New York in 1876 and received his law degree from Columbia University School of Law in 1879. Justice Davis was admitted to the bar in 1879 and began to practice law, joining the firm of Davis, Cohen & McWilliam at its inception in 1881.

In 1885, Justice Davis married Harriet Lobdell. They had no children.

In 1897, Justice Davis was appointed Assistant District Attorney in New York County and remained in this position until 1901. He was well known for successfully prosecuting and obtaining lengthy prison sentences, including the conviction of a band of arsonists responsible for many deaths and substantial loss of property. Upon the death of District Attorney John R. Fellows, Justice Davis served for 15 days as the District Attorney until Governor Black filled that post, and then returned to private practice. He also served as a member of the Board of Education during Mayor Robert A. Van Wyck’s administration and as President of the Society for the Prevention of Cruelty to Children from 1899 to 1902, resigning when he was elected to the bench.

In 1902, Justice Davis was elected to the Supreme Court, 1st Judicial District, and in November of 1916, he was re-elected to another fourteen-year term. On January 1, 1917, Justice Davis was temporarily appointed to the Appellate Division, First Department, by Governor Charles S. Whitman. On January 31, 1917, he was designated an Associate Justice of the First Department for a five-year term, replacing Justice Chester B. McLaughlin. However, in May of 1918, Justice Davis retired from the Appellate Division and returned to the Supreme Court, where he presided over many important cases. One such case involved an attempt by Prince Felix Youssoupoff of Russia, the alleged slayer of Rasputin, to recover two paintings by Rembrandt from an American art collector for approximately $500,000 allegedly in accordance with an agreement the two men had made in Paris in 1921. Justice Davis ruled against the Prince and the Appellate Division later upheld his decision. He retired from the Supreme Court bench in 1926.

Justice Davis died on April 17, 1931 after a four-month illness.