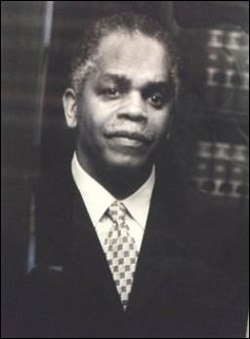 Justice DeGrasse is best known for being the trial judge who ruled against the state’s system for financing public schools in Campaign for Fiscal Equity v. State. His decision was appealed to the New York Court of Appeals, which ultimately ordered an additional $1.9 billion in state aid annually for New York City’s schools.

After admission to the Bar, Justice DeGrasse began his legal career as an assistant district attorney in the Bronx from 1972 to 1975. He then worked in private practice and later joined Harlem Legal Services in 1977 as a staff attorney.

In 2008, Governor David A. Paterson appointed Justice DeGrasse to the Appellate Division, First Department, where he served until his retirement from the bench in 2015.

Justice DeGrasse is married to another jurist, Justice Carol E. Huff of State Supreme Court in Manhattan. They have no children.