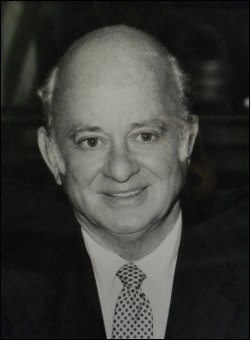 In June of 2009, on the 65th anniversary of D-Day, Bentley Kassal was awarded France’s highest honor, the French Legion of Honor Medal, in Normandy, France. He and other newly decorated veterans paid solemn tribute at that time to the soldiers whose bravery led to Hitler’s defeat. Tributes were made by President Barack Obama, French President Nicolas Sarkozy, British Prime Minister Gordon Brown and other Allied leaders. Kassal was quoted as saying, “Receiving recognition 64 years after the war ended, at the age of 92. I just can’t get over it. It was a tremendous experience.”

Bentley Kassal was born on February 28, 1917, in New York City. He graduated from Townsend Harris High School and attended the University of Pennsylvania, from which he graduated in 1937. In 1940, he received his law degree from Harvard Law School, where he was a member of the championship rugby team.

Admitted to the Bar in 1940, Kassal became an associate in a New York law firm until Pearl Harbor, December 7, 1941. In January 1942, he enlisted in the Army and soon graduated from Officer Candidates School and Air Combat Intelligence School. Serving as an air-combat intelligence officer in North Africa and the Mediterranean, he earned a Bronze Star and three Bronze Arrowheads for his intelligence planning and first-day landings during major invasions. He was discharged as Captain on December 31, 1945, and is presently a Major, U.S. Air Force Reserves (Retired).

Upon his return, Justice Kassal practiced law and became active in the group Americans for Democratic Action. In 1956, he was elected to the New York State Assembly, where he became known as one of the most liberal legislators. He remained there until 1962, when he resumed his law practice. After an unsuccessful bid as the Democratic candidate for the 20th Congressional District in Manhattan, Kassal was later elected to the Civil Court in 1969. A major accomplishment of his while at the Civil Court was the establishment of Housing Court.

In 1975, Justice Kassal was elected to the Supreme Court Bench and in 1982 was appointed to the Appellate Division, First Department by Governor Carey. While on that bench, he was appointed by Chief Judge Wachtler of the Court of Appeals to serve on an interim basis at that Court for its April/May 1985 term. Justice Kassal reached the mandatory retirement age in 1993, at which time he retired from the Appellate Division bench. That’s not to say he went into retirement. He started a new career in 1998, becoming Counsel at the firm of Skadden, Arps, Slate, Meagher & Flom, where he remains. He also serves on several professional committees in New York, including, among others, the court system’s Advisory Committee on Judicial Ethics and the Mayor’s Committee on City Marshals.

One of Justice Kassal’s passions is photography. His interest developed while he was serving in World War II, taking photographs on his own of the Allied landings in Sicily, Salerno and southern France. He said of that time, “That’s where I got the travel bug.” He began taking vacation trips all over the world, volunteering as a photographer for Save the Children Federation, UNICEF and other nonprofit groups for more than 35 years. He has traveled extensively for these organizations, at his own expense, photographing children of all nationalities. One of his best-known photographs is that of a wide-eyed Lebanese girl caught in the middle of that nation’s civil war in 1974. The photo has been used over the years to promote support for the Save the Children Federation.

Justice Kassal married Barbara Wax Kassal in 1986. They have no children.