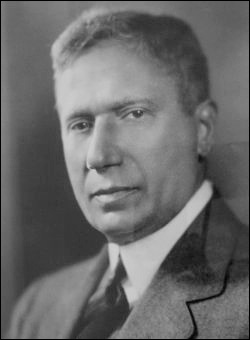 Irwin Untermyer, son of another famous lawyer, Samuel Untermyer, was born on February 2, 1886. A native New Yorker, he graduated from Columbia University in 1907 and from Columbia Law School in 1910. After graduation he went into private practice at his father’s law firm, Guggenheimer, Untermyer & Marshall, where he later became partner.

In 1928, Samuel and Irwin Untermyer became volunteer special counsel for the Transit Commission in a case which was eventually heard by the United States Supreme Court. The younger Untermyer made a name for himself when, because of the illness of his father on the day of oral argument, he replaced his dad and argued for the Transit Commission before the Supreme Court. The case was decided in favor of the city and the 5-cent fare was preserved.

Irwin Untermyer was elected to the Supreme Court in 1929. His nomination had the backing of Mayor James J. Walker, who felt that Untermyer should be named in recognition for his service in helping to win the subway fare case. He had run for the Supreme Court 10 years before but failed. Now he was the leading contender. He was renominated in 1943.

In 1933, Untermyer was designated by Governor Lehman to the Appellate Division First Department. He was redesignated in 1940, and remained on the bench until his retirement in August of 1945.

In December 1906, at age 20, Untermyer was convicted of speeding in New York City. He was traveling at 30 miles per hour in an 8-mile-per-hour zone on Broadway, between 121st and 124th Streets. He appealed the judgment to the Appellate Division First Department in 1912, appearing pro se. The court affirmed the judgment (153 AD 176). Little did he know then that he’d be sitting on that same bench 21 years later.

After his service on the bench, Untermyer became President of United Boroughs Realty Company and served as director for a number of corporations. He was also elected to the board of trustees of the Metropolitan Museum of Art.

He was a well-known collector of European decorative art. A number of books have been written about his collections of English furniture, porcelain, textiles and silver, including English Furniture With Some Furniture of Other Countries in the Irwin Untermyer Collection, by Yvonne Hackenbroch (1958). His silver collection was bequeathed to the Metropolitan Museum of Art.

Justice Untermyer was married in 1912 to Louise Feuchtwanger, with whom he had three children. He died on October 18, 1973, at age 87.