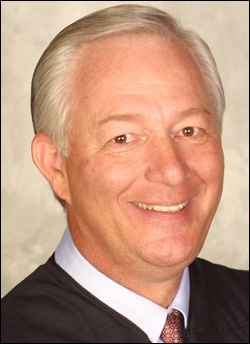 Justice John A. Lahtinen was appointed to the Third Department effective March 6, 2000. He is a graduate of Colgate University and Albany Law School. After his admission to practice in 1971, he engaged in the private practice of law in Plattsburgh, Clinton County, until he was appointed and then elected Justice of the Supreme Court for the Fourth Judicial District in 1997. Justice Lahtinen also served as law secretary to the late Justice Norman L. Harvey in the early 1970s, as a Clinton County special acting District Attorney, and as a Plattsburgh special acting City Court Judge.