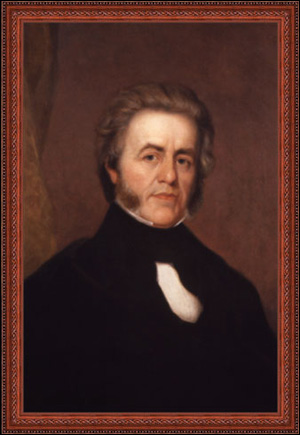 Authoring the Court’s inaugural opinion (see Pierce v. Delamater, 1 NY 17 [1847]), Judge Greene Bronson determined that, as a Court of Appeals Judge, he could properly take part in the review of a judgment in which he had been involved as Chief Justice of the Supreme Court. Judge Bronson observed:

There is nothing in the nature of the thing which makes it improper for a Judge to sit in review upon his own judgments. If he is what a judge ought to be-wise enough to know that he is fallible, and therefore ever ready to learn; great and honest enough to discard all mere pride of opinion, and follow truth wherever it may lead; and courageous enough to acknowledge his errors – he is then the very best man to sit in review upon his own judgments. He will have the benefit of a double discussion. If right at the first, he will be confirmed in his opinion; and if wrong, he will be quite as likely to find it out as any one else.

True to his words, in Shindler v. Houston (1 NY 261 [1848])-a case far less known than Pierce v. Delamater – Judge Bronson joined the Court in reversing a judgment in which he had previously assented at Supreme Court. He acknowledged that “[o]n a review, and a more full consideration of the case, I am satisfied that I was in error . . . .” Although the practice authorized in Pierce was altered by constitutional amendment, the two decisions illustrate the steadfast candor of Judge Bronson, described upon his death by Chancellor Reuben H. Walworth as “one of the ablest and most upright judges that ever occupied a judicial seat upon the bench in this state.”

Greene Carrier Bronson was born in Simsbury, Connecticut, on November 17, 1789, the eighth child of Oliver Bronson (Brownson) (1746-1815) and Sarah Merrill (1754-1825). He removed with his family to Peterboro (Madison County), New York and thereafter studied law with John P. Sherwood in Vernon, Oneida County. Although he had only a common school education, his accomplishments were remarkable, and his public career was closely interwoven with the development of the judiciary in this state.

Upon his admission to the bar, Judge Bronson settled in Utica where he quickly established himself as one of the preeminent lawyers in Oneida County – a county renowned at the time for the renown of its bar. In 1824, he became a law partner of Samuel Beardsley (1790-1860), who later succeeded him as Attorney General and, in 1847, as Chief Justice of the Supreme Court.

On February 3, 1818, he married Lucretia Kilbourn (possibly spelled “Kilburn”), with whom he had five children – Henry, Sarah E. (who died as an infant), Oliver, Sarah L. and Sarah”s twin sister who died at birth. In 1819, he was elected Surrogate of Oneida County, holding that office for two years. In 1822, he was elected to the New York State Assembly where he emerged as a gifted debater. Initially a “Clintonian” in his politics, he later turned to the “Bucktails” and was thereafter identified with the “Hard” section of the Democratic Party. In 1829, the Legislature appointed Bronson Attorney General, an office he maintained with marked ability for seven years.

Upon the resignation of Judge Jacob Sutherland in 1836, Bronson was appointed a Puisne Judge of the Supreme Court and, when Judge Samuel Nelson joined the United States Supreme Court in 1845, Judge Bronson became Chief Justice of New York’s Supreme Court. In June 1847, he was elected a Judge of the newly formed Court of Appeals and was designated for a four-year term. Judge Bronson succeeded Freeborn G. Jewett as Chief Judge of the Court in 1850. Tireless in his efforts as a jurist, Judge Bronson has been described as “a man of marvelous brilliancy and power” whose “judicial opinions are remarkable for great vigor and originality, a stern sense of right and justice, and in many instances for elaborate research[.]” The decisions in Vilas v. Jones (1 NY 274 [1848]) on usury and Shorter v. People (2 NY 193 [1849]) on self-defense, are fine examples of his judicial expertise. Rochester Attorney W.F. Coggswell described him in this way:

Judge Bronson was by nature an intense conservative. He had been a member for thirteen years of a court of solely appellate Common-law jurisdiction. He was, by the very proprieties of his office, precluded from mingling much with men or affairs. He was throughly grounded in the common law, without much adaptedness for or acquaintance with equity jurisprudence. He was a great judge in a comparatively limited sphere.

Upon retiring from the Bench in 1851, Judge Bronson settled in New York City where he entered private practice. In 1853, President Pierce appointed him collector of the Port of the City of New York, a position he held only a short time. Judge Bronson ran for governor in 1854; however, as one commentator put it, “his speed was not sufficient.” He ran fourth as a “Hard-shell” Democrat, garnering 33,500 votes. In 1859, he was appointed corporation counsel for the City of New York, serving until 1863.

Stricken with paralysis and enduring physical pain, Judge Bronson died on September 3, 1863, in Saratoga Springs, where he was temporarily sojourning for the benefit of his health. He is buried in Greenwood Cemetery in Brooklyn. Two days after his death, members of the Saratoga County Bar met to pay him tribute whereupon Chancellor Walworth observed that “[Judge Bronson] discharge[d] the judicial duties of justice of the supreme court, as a member of the court for the correction of errors, and as a judge of the new court of appeals, with distinguished ability, and to the entire satisfaction of the bar and the public. . . . And in him we had a bright example of what a good lawyer always should be.”

Several weeks later, on September 21, 1863, in a tribute entered upon the minutes of the Supreme Court, members of the bar of the City of New York declared:

In [Judge Bronson] is beautifully illustrated the beneficence of our institutions, under the protection and influence of which, without the aid of wealth or family connections, or advantages even of such education as is furnished by our academies and colleges, he was enabled, by manly self-reliance and resolute energy, to attain and successfully and eminently to fill the highest positions, and thus to realize the aspirations of an elevated and a noble ambition.

Upon directing the Clerk to enter the tribute, Presiding Justice Sutherland remarked that “[n]o man ever discharged the duties of a judge with sterner integrity.”

[E]specially in the department of judicial duty he was justly preeminent. His opinions, both in the Supreme Court and in this Court, are models of judicial excellence. In conciseness and perspicuity of expression, in terseness and directness of style, in compactness and force of logic, and in sturdy vigor of intellect, they are unsurpassed. Careful and deliberate in the formation of his conclusions, he was, from the very strength of his convictions, tenacious and confident of their correctness, and courageous and resolute in their expression. Firm in integrity of purpose and of action, bold in the denunciation and exposure of fraud, he was at the same time gentle and genial in all the relations of friendship and private life.

Greener, A History of the Office of the Corporation Counsel and the Law Department of the City of New York, (3d ed. 1925).

Hammond, The History of Political Parties in the State of New York from the Ratification of the Federal Constitution to December 1846, Hall, Mills & Co. (1852)(2 volumes).

Legal Opinions on the Recent Frauds Upon the New York and New Haven Railroad Company, New York: Office of the Bankers’ Magazine (1854).

Report of the Attorney General, Attached to a Communication from the Governor: relative to the boundary line dispute between this state and the state of New Jersey (1831).

Being actively involved in the politics of the day, Judge Bronson authored numerous letters on a variety of topics which were published in various newspapers including the New York Times.