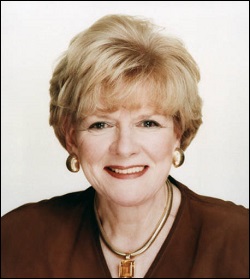 M. Dolores Denman the Court’s sixteenth Presiding Justice, was the first woman to have been appointed to that position.

Presiding Justice Denman graduated from the State University of New York at Buffalo School of Law. Following her admission to practice on April 4, 1966, she became a member of the staff of General Counsel of the Panama Canal Company, the U.S. Government corporation that governed the Panama Canal and its support facilities. In 1969 she became an Assistant District Attorney for Erie County. In 1972 Justice Denman was appointed to the City Court of Buffalo and was elected to a full term of that court in the general election. She was elected to Supreme Court in November 1976 and was designated an Associate Justice of the Appellate Division, Fourth Department, on May 18, 1977. On June 18, 1978, Justice Denman resigned from the judiciary to accept designation as a candidate for the Office of Attorney General of the State of New York. On January 1, 1979, she was appointed to fill an interim vacancy in Supreme Court and was elected to that position in November of that year. On January 5, 1981, Governor Carey designated Justice Denman an Associate Justice of the Appellate Division. Governor Cuomo appointed Justice Denman Presiding Justice on November 19, 1991.

In addition to her duties as Presiding Justice, she continued to serve on the New York State Pattern Jury Instructions Committee, the Executive Committee of the New York State Supreme Court Association, and the ABA Counsel of Chief Judges of Intermediate Appellate Courts.

She resigned from the Court on January 14, 2000 and died on January 17, 2000. Foremost among her many accomplishments was the construction of the new Appellate Division Courthouse located on 50 East Avenue that bears her name.