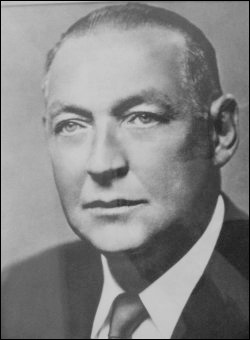 Joseph A. Cox was born in New York City in 1896, the son of a stone cutter. He attended public schools and graduated from City College in 1919. He received a law degree from Fordham University in 1925 and was admitted to the Bar the following year. He went into private practice until 1932, when he became counsel to the Public Administrator for New York County. As counsel for 20 years, he argued thousands of cases involving estates and became familiar with the tasks he was to assume some years later as a surrogate adjudicating wills and estates involving millions of dollars.

In 1952 Cox was elected to the Supreme Court, 1st Judicial Department. Three years later Governor Averell Harriman designated him to the Appellate Division First Department.
He remained there for only one year, having been elected New York County Surrogate in 1956, a position for which he was well prepared.

Cox was a professor of law at New York Law School specializing in wills and estates from 1947 to 1952, acting dean of the school in 1958 and 1959, and president of the school’s board of trustees from 1958 to 1960. He also lectured on law (including military and martial law) at other educational institutions.

He authored a standard text, Administration of Foreign Estates and wrote The Recluse of Herald Square, a book telling the story of the Ida Wood estate. Mrs. Wood, the widow of Benjamin Wood, a wealthy publisher, died in 1932 at the age of 93, and her estate included $1 million found in her Herald Square Hotel room, from which she had not emerged for 25 years.

Cox served in both World War I and II and was active in veterans’ affairs as an official of the American Legion and Veterans of Foreign Wars. He was grand marshal of the Loyalty Day Parade in New York City in 1958. He retired in 1966 at age 70, after serving 10 years as Surrogate. He continued to practice law, however, and was counsel to the law firm of Galef & Jacobs at the time of his death.