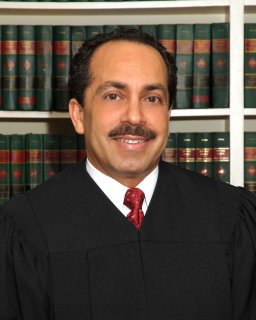 Beginning his career as a police officer and eventually being appointed by the President of the United States as a U.S. District Judge, Judge Nelson Stephen Román has served at all levels of the justice system and proved himself to be a devoted public servant.

Judge Román’s judicial career began in 1998, when the Chief Administrative Judge appointed him to the Housing Court bench of Civil Court. After two years, Román was elected to New York Civil Court, Bronx County. Two years later he was elected to the New York City Civil Bench. In 2002 he was elected to the Supreme Court, Bronx County and served on that bench from 2003 through 2009, at which time Governor David Paterson appointed Judge Román to the Appellate Division, First Department.

After four years on the Appellate Division bench, Judge Román was appointed by President Barack Obama to serve as a U.S. District Judge of the U.S. District Court for the Southern District of New York, receiving his commission in May 2013.

Judge Román is a past president of the Puerto Rican Bar Association and a founding member of the Cervantes Society.

He resides in the Bronx with his wife Carol and their two children.