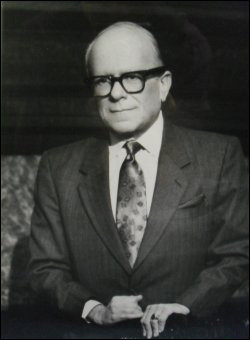 Israel Rubin was born on December 14, 1926. He graduated from St. John’s University in 1949 and received his law degree from its Law School in 1950. After admission to the Bar that year, he became associated with Milton M. Mokotoff in New York City. After 10 years, he became a member of the firm, then known as Mokotoff, Rubin & Mondshine. He left there in 1970, when he became Assistant Corporation Counsel for the City of New York, Chief of Penalties Division.

Rubin’s judicial career began in 1973 when he was elected Bronx County Civil Court Judge. Three years later, he was elected to Supreme Court, Bronx County. He was appointed Administrative Judge of the Civil Court of the City of New York in 1982 and served until 1989, when Governor Mario Cuomo appointed him to the Appellate Division, First Department.
Just prior to that appointment, Justice Rubin served as Acting Surrogate, Kings County, from 1988 to 1989. He remained at the Appellate Division until he reached mandatory retirement age in 2002.

Upon his retirement from the bench, Justice Rubin joined the firm of Greenberg Traurig, LLP as Counsel in 2003, the same year he began service as a Special Master to the Appellate Division, First Department, a position which he still holds. During his judicial career, Justice Rubin has been active in many professional groups and committees, including the Committee on the Profession and the Courts of the New York State Bar Association; National Conference of State Trial and Appellate Judges of the American Bar Association; Chief Judge Sol Wachtler’s Committee to Improve Availability of Legal Services; and Chief Judge Kaye’s Committee on the Profession and the Courts.

Justice Rubin is an adjunct professor at St. John’s University School of Law, a frequent author and lecturer, and has won numerous professional awards, including the Distinguished Judicial Service Award from the New York County Lawyers’ Association; the Chief Justice Harlan Fiske Stone Memorial Award from the Association of Trial Lawyers of the City of New York; and the Benjamin N. Cardozo Award from the Jewish Lawyers Guild. In addition, he received an Honorary Doctorate from St. John’s University School of Law in 1992.