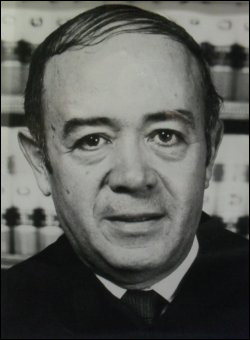 Born in Puerto Rico in 1927 and raised in New York City, John Carro graduated from Fordham University in 1949 and received his law degree from Brooklyn Law School in 1956. He served in the U.S. Navy from 1945-1947.

Prior to his career in the courts, Justice Carro was Assistant to Mayor Robert F. Wagner from 1960 to 1965, the first Puerto Rican to serve in that office. Carro was appointed to the Criminal Court in 1969, and became an Acting Supreme Court Justice in 1976. He was elected to the Supreme Court the following year. In 1979, Governor Hugh L. Carey appointed him to the Appellate Division, First Department, making him the first Puerto Rican to be designated an Appellate Court Justice. He remained there until his retirement in 1994. Upon retirement from the bench, he returned to private practice, establishing the firm of Carro, Velez, Carro & Mitchell (today known as Carro, Carro & Mitchell).

In 1991, Justice Carro, who had been recommended for a Federal judgeship in New York, withdrew his name from consideration after the White House did not act on his nomination for three years. He had been recommended for the Southern District, which includes Manhattan, the Bronx and Westchester County. In August of 1993, Carro withdrew his name from the “short list” of seven nominees, given to Governor Mario Cuomo for his selection to fill a vacancy on the New York State Court of Appeals.

A. Vanessa, Leadership: Corporate Salute to Hispanics in the Law, The Hispanic Outlook in Higher Education, August 22, 1997.