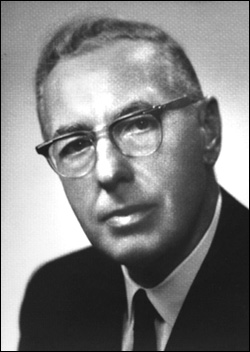 Justice Donald S. Taylor received his preliminary education in the public schools of Troy and graduated from Troy High School and then Colgate University and, finally, Albany Law School in 1922. After his admission, he began practicing law with his father, John P. Taylor, a former District Attorney of Rensselaer County. He and his father and brother, former Congressman Dean P. Taylor, formed the law firm of Taylor & Taylor, later Wager, Taylor, Howd & LeForestier. The firm continued on after Justice Taylor’s withdrawal from active practice with his son John as a name partner under the name Wager, Taylor, Howd & Brearton. In 1948, he was elected to the Supreme Court. On March 1, 1961, he was designated to the Appellate Division by Gov. Rockefeller, where he served until he reached retirement age in 1968. He was re-elected to the Supreme Court in 1962. He died on June 23, 1970. He was born on June 17, 1898, in Troy.