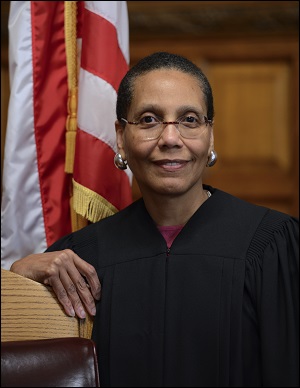 Sheila Abdus-Salaam, Associate Judge of the Court of Appeals, was born in Washington, D.C. in 1952 and educated in its public schools. She graduated from Barnard College in 1974 and received her J.D. from Columbia Law School in 1977.

Upon graduation, she began her legal career as a staff attorney at East Brooklyn Legal Services, Corporation A (1977-1980); served as an Assistant Attorney General in the New York State Department of Law, Civil Rights and Real Estate Financing Bureaus (1980-1988); and served as General Counsel for the New York City Office of Labor Services (1988-1991). She began her judicial career in 1992, having been elected in 1991 to the Civil Court of the City of New York. In 1993, she was elected to the Supreme Court, New York County, and was re-elected in 2007. She was appointed an Associate Justice of the Appellate Division, First Department in March 2009 by Governor David A. Paterson.

Her appointment to the Court of Appeals by Governor Andrew M. Cuomo was confirmed by the State Senate on May 6, 2013.