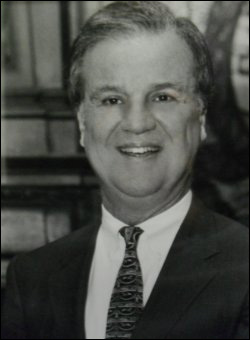 The son of immigrants from Italy, Justice Nicholas Colabella was born on May 22, 1936 in Bronxville, New York, and was raised in Eastchester. He worked at a variety of jobs to put himself through New York University, including toll collector for the New York State Thruway Authority and Good Humor ice cream truck driver, becoming the first member of his family to graduate from college. He received his law degree from Albany Law School in 1962.

In May of 1997, Governor George Pataki appointed Justice Colabella to the Appellate Division, First Department. Just prior to his being interviewed for the position of Presiding Justice in January of 1998, Justice Colabella resigned and asked to return to the trial court in Westchester after only eight months on the appellate bench.

In 2002, Justice Colabella was appointed by the Chief Administrative Judge to hear one of the biggest judicial corruption cases in New York in years. A Brooklyn State Supreme Court Justice was indicted on charges of receiving a bribe and pleaded guilty before Justice Colabella, who was assigned to that case in order that it not go before the suspect’s peers in Brooklyn.

Justice Colabella is divorced and the father of two children. Still today, he remains on the Supreme Court bench in Westchester County. In his spare time, he is an avid golfer with a single-digit handicap.