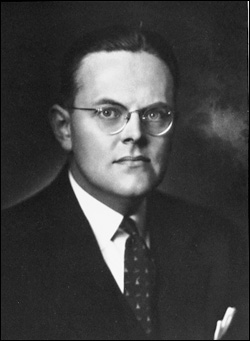 Justice Martin W. Deyo was born in Binghamton. He graduated from Binghamton Central High School in 1921. He graduated from Amherst College and Columbia Law School. He was admitted to the Bar in 1931. In 1932, he was elected to the Assembly and two years later to the Senate. He was a delegate to the 1938 Constitutional Convention. He was elected to the Supreme Court at the age of 36 in 1939. Justice Deyo was first appointed to the Appellate Division, Third Department, in November 1947. The next year, he began a regular five-year term in place of retiring Justice Hill. He died on October 21, 1951, while serving on the Court. He was 48 years old.