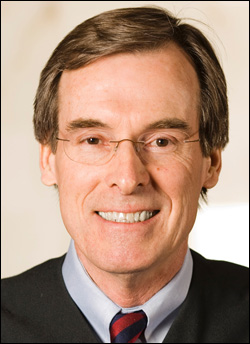 Justice Robert S. Rose was appointed a Justice of the Third Department effective March 2, 2000. He is a graduate of St. Lawrence University and Albany Law School. After law school, he served in the United States Army as commanding officer of an intelligence unit in West Germany in 1970 and then as a captain in South Vietnam from 1971 to 1972. Upon his return to Broome County, Justice Rose was admitted to the Bar in 1973, served as a confidential law clerk to a judge and as an Assistant Broome County District Attorney, and engaged in the private practice of law. He was elected a Supreme Court Justice for the Sixth Judicial District effective January 1, 1988, and was appointed Administrative Judge for the District in 1998. He was re-elected to the Supreme Court in 2001. He maintains chambers in Binghamton.