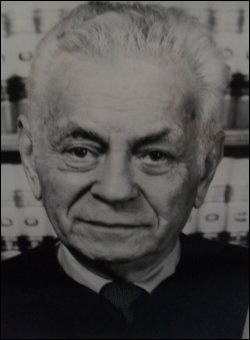 Max Bloom was born in 1909 in New York City. He attended DeWitt Clinton High School and received his law degree from Fordham University Law School in 1931. He began his career as a lawyer and labor activist. From 1942 to 1950 he served as secretary to Supreme Court Justices Samuel Null and Charles D. Breitel.

He and his wife Sylvia were founders of New York State’s Liberal party in 1944, and Bloom served as Bronx County Chairman of the Liberal party for many years.

In 1957, Bloom was an unsuccessful candidate for Bronx Borough President. His judicial career began in 1962, when Mayor Robert F. Wagner appointed him to the Bronx Criminal Court bench. He remained there until 1969, at which time he was elected to the Supreme Court, 1st Judicial District. While at the Supreme Court, he issued a 1972 injunction barring a group of students and faculty members opposed to the Vietnam War from disrupting classes at Columbia University. But later, in 1985, he upheld a lower court ruling forbidding Columbia to ‘improperly’ use the police to break up an anti-apartheid protest on campus.

Governor Hugh L. Carey appointed Justice Bloom to the Appellate Division First Department in 1979, where he remained until his retirement in 1986. A year later he was elected State Vice Chairman of New York’s Liberal party.

Throughout his life, Justice Bloom was an advocate of education for the financially disadvantaged.

Justice Bloom was married to Sylvia Bloom, with whom he had one daughter. He passed away on October 10, 1990 at age 81.