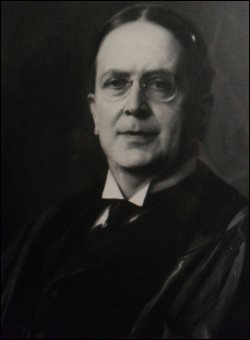 Born on July 20, 1866 in New York City, Victor J. Dowling attended parochial schools and De La Salle Academy and graduated from Manhattan College. He received his law degree from New York University Law School in 1887 and was admitted to the Bar that same year.

Dowling, as a Democrat, was active in politics, being elected to the State Assembly in 1894 and serving as a State Senator from 1901-1904. He later aquired a distaste for active politics and desired a career in the judiciary. When his Senate term expired, he was elected to the Supreme Court bench of the 1st Judicial District in 1905. In 1911 Governor Hughes named him to the Appellate Division First Department for 5 years. In 1916 Governor Whitman redesignated him to the same office, and in 1921 Governor Smith did the same. Upon the retirement of Presiding Justice John Proctor Clarke, Justice Dowling was named Presiding Justice in 1927, a position which he held until his resignation from the bench in 1931. He is said to have refused a place on the Court of Appeals made vacant by the elevation of Benjamin N. Cardozo to Chief Judge because he preferred to remain with the Appellate Division. It is said that Dowling could have been nominated for Mayor of New York City had he shown interest in that position and that he twice refused the nomination for Chief Magistrate of the City. He resigned from the bench in 1931 to go into private practice.

Justice Dowling married Mary Agnes Ford Dowling in 1891. He died on March 23, 1934 at age 68 from a cerebral hemorrhage.