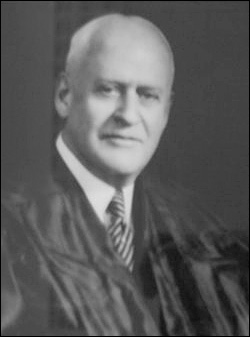 Alfred H. Townley was born in upstate New York in 1876 and came to New York City as a young boy. He was appointed to the U.S. Naval Academy but resigned after one year to enter New York Law School, from which he graduated in 1898. He then went into private practice, where he remained for 28 years. He was at one time trial counsel to the Metropolitan Street Railway Company and later was one of three commissioners appointed by the State in condemnation proceedings against the Citizens’ Water Supply Company of Queens.

In 1926 Townley was appointed by Governor Smith to fill a vacancy on the Supreme Court bench in the 1st Judicial Department. The next year he was elected to a full term. Governor Franklin D. Roosevelt appointed Justice Townley to the Appellate Division First Department in 1931, where he remained until his mandatory retirement at age 70 in 1946.