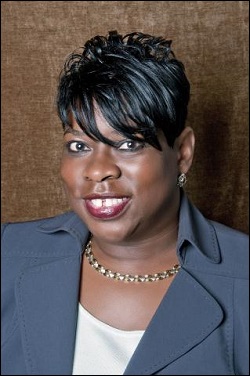 Born and raised in the Bronx, Darcel Clark was the first member of her family to attend college. She earned a B.A. from Boston College in 1983 and a J.D. from Howard University School of Law in 1986.

Following law school, Justice Clark returned to the Bronx, where she was hired as an assistant district attorney in the Bronx District Attorney’s office. She spent 13 years there, serving as Supervisor of the Narcotics Bureau from 1993 to 1997 and Deputy Chief of the Criminal Court Bureau from 1997 to 1999. At that time, Mayor Rudy Giuliani appointed Justice Clark as a judge for the Criminal Court, where she served for seven years. In 2006, she was elected to the Supreme Court in Bronx County.

Justice Clark was appointed to the Supreme Court, Appellate Division, First Department in November 2012 by Governor Andrew Cuomo. On September 27, 2015, Justice Clark resigned from the bench in order to run for District Attorney of Bronx County. She was victorious in that election and became the first African-American woman to serve in that capacity. Having dedicated her career to public service, Justice Clark has devoted herself to the Bronx.