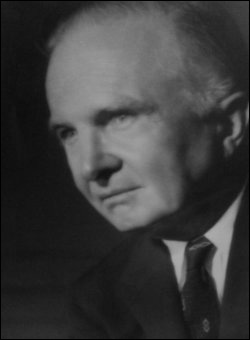 Joseph M. Callahan was born in New York City on December 10, 1885. He attended New York City public schools, City College and New York Law School. Bar admission followed in 1907.
He remained in private practice until 1915, when he was elected to the New York State Assembly. During his second year there, Callahan succeeded Alfred E. Smith as Democratic Minority Leader.

In 1918 Callahan was named County Clerk of Bronx County. Two years later he was elected a Justice of New York City Court. He was named to the Supreme Court in 1927, being elected later, and in 1937 moved on to the Appellate Division First Department, a designation made by Governor Lehman.

It was while on the Supreme Court bench that Justice Callahan became indirectly involved with the Feast of San Gennaro, an annual celebration of the Patron Saint of Naples which takes place on Mulberry Street in New York City. It was he who issued an injunction against the police commissioner restraining the police from interfering with the display of a religious statue. That display was the statue carried on the shoulders of a dozen men, preceded by the officers of the society and followed by a band. The first Feast of San Gennaro was held in 1926 and today remains one of New York’s most established festivals.

While on the Appellate Division bench in 1940, Justice Callahan wrote the majority decision upholding the right of organized labor to seek by lawful means to block the introduction of labor-saving devices as a means of conserving employment opportunities. He noted that the use of “canned” music would prevent live musicians from being hired in place of “a mechanical contrivance which is in the nature of a labor-saving device.”

Justice Callahan retired from the bench in 1955, and joined the firm of Willkie, Owen, Farr, Gallagher & Walton. He was immediately appointed by Governor Averill Harriman as the Moreland Act Commissioner to investigate the state workmen’s compensation system. An immediate result of his report, in 1958, was an overhaul of that system. One major advance was a reduction from 22 weeks to 8 the average time an injured employee was obliged to wait for approval of a lump-sum settlement. The savings was put at an average of $350 a case for nearly 3,000 cases.

After submitting his final report on the workmen’s compensation system, Justice Callahan was chosen by Mayor Wagner of New York City, in 1959, to sit on the city Board of Ethics panel, which was formed to advise municipal officials and employees — when asked — about any problems that may arise under the newly adopted Code of Ethics. Callahan was selected as Chairman by that Board.

Justice Callahan married Elizabeth Madden Callahan, with whom he had seven children. He passed away on January 16, 1973 at age 87.