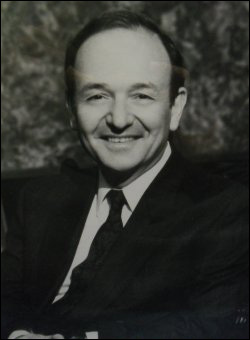 E. Leo Milonas was born on October 23, 1936, in New York City, the son of a Greek immigrant who operated a restaurant in Harlem. The E. is for Elias, a name he never uses and once called “a little sophisticated for the kids I hung around with” as a boy. He graduated from City College of New York in 1957 and received his law degree from Brooklyn Law School in 1960.

Judge Milonas was named Deputy Chief Administrative Judge of New York City courts in 1979. His tenure was marked by heated exchanges with Mayor Koch as well as a disagreement with Chief Judge Lawrence Cooke over a plan to reassign lower-court judges temporarily to sit in State Supreme Court on a rotational basis. Judge Milonas was quoted as saying, “Judges are about the least effective people in the world at defending themselves. Part of this job requires that you occasionally take a position that brings you into controversy.” After two years as Administrator, he was named by Governor Carey to the Appellate Division, First Department, in 1982.

Several times, Justice Milonas had been among those nominated by the Commission on Judicial Nomination to fill vacancies on the New York State Court of Appeals, but he was passed over each time by Governor Mario Cuomo — including 1985 and 1993, when he was on the “short list” of seven vying for Chief Judge. However, in May of 1993, Chief Judge Judith S. Kaye named him Chief Administrative Judge, her “right-hand person” in managing the State court system. In the 2-1/2 years he spent as Chief Administrative Judge, Judge Milonas was at the forefront of Chief Judge Kaye’s jury reform efforts. He also played a major role in improving court facilities, bringing computer technology into the courthouses; establishing new rules governing the conduct of lawyers; and creating the Commercial Divisions of the Supreme Court. He stepped down at the end of 1995 and returned to the appellate bench.

Justice Milonas remained at the Appellate Division until 1998 and the following year joined the firm of Pillsbury Winthrop as partner, specializing in litigation, complex commercial litigation, appeals and alternative dispute resolution.

In 2003, Judge Milonas joined the Board of Directors for the National Center for State Courts (he had been a member previously from 1974 to 1980). In addition, he is active in numerous organizations that contribute to improving the judicial system. He is a former president of the Association of the Bar of the City of New York (2002-2004), a past member of the Conference of State Court Administrators, member of the Governor’s Departmental Judicial Screening Committee, member of the New York State Board of Law Examiners and member of the State advisory panel on school funding, to name a few.

Justice Milonas and his wife Helen, a psychiatric social worker, are the parents of two grown children.