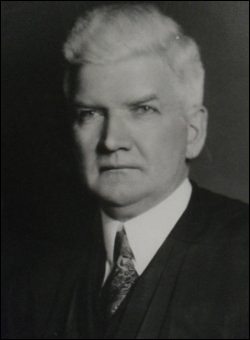 Born September 15, 1874 on a farm near Medina, New York to Michael and Bridget Whalen O’Malley, Justice O’Malley attended Buffalo Central High School. He graduated from Cornell University with an A.B. degree in 1901, and was admitted to the New York State bar the following year. Justice O’Malley practiced law in Buffalo until he moved to New York City in 1906.

In March of 1906, Justice O’Malley became law clerk to Appellate Division Justice Frank C. Laughlin, and remained in that position for three years. He then returned to private practice until 1910, when he was appointed an Assistant District Attorney in New York County. Justice O’Malley continued in this capacity until 1917, when he again returned to the general practice of law, which included representation of the State Insurance Department. He also served as a special deputy State Attorney General on several occasions.

In 1919, Justice O’Malley ran for Surrogate of New York County on the Republican ticket, but was not elected. However, in November of 1920, he was elected a Justice of the New York State Supreme Court and had the endorsement of the New York City Bar Association, the Citizens Union and the County Lawyers Association.

In 1927, Governor Alfred E. Smith designated him an Associate Justice of the Appellate Division, First Department. Justice O’Malley was re-designated to the Appellate Division bench in 1932 by Governor Franklin D. Roosevelt and again in January 1940 by Governor Herbert H. Lehman. In 1934, he ran a second time for the Supreme Court and was re-elected to another term, having been endorsed by both major parties as well as the City Fusionists and Liberal Party. In May of 1942, he found it necessary to leave the bench due to poor health. He died from pneumonia on Christmas Day in 1947 at the age of 73.