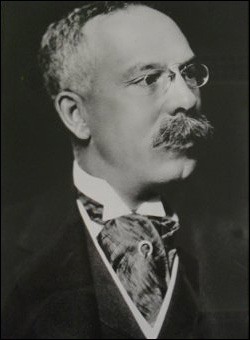 Henry DeWitt Hotchkiss was born in Albany, New York on July 2, 1856. He received a private school education and graduated from law school in 1878. He began his law practice in New York City. Later he formed the law firm of Hotchkiss & Maddox.

In 1886 Hotchkiss was elected to a term in the Assembly. He was also a member of the Constitutional Convention of 1894. Hotchkiss was a Tammany Sachem and was said to have been the personal adviser to Richard Croker, the head of Tammany Hall.

While on the Supreme Court bench, Justice Hotchkiss was a member of the Bar Association committee looking into conditions in practice in New York. He visited English courts to learn firsthand of any recommendations he could submit to the committee. He concluded that the courts in America cannot be compared with those in England because “The simplicity, directness and expeditiousness of legal procedure here [in London] are so superior to ours that the matter is beyond comparison. . . . Directness is the keynote of their procedure, whereas delay seems to be the keynote of ours. They are not influenced by technicalities excepting where they clearly affect the motives of the case. We use the slightest technicality for a quibble and later for an appeal.” (Finds Directness Key to English Law, New York Times, July 21, 1912, p. C4.)

Justice Hotchkiss was married to Alice C. Hotchkiss, with whom he had two daughters. He died of pneumonia at age 66 on March 6, 1922.