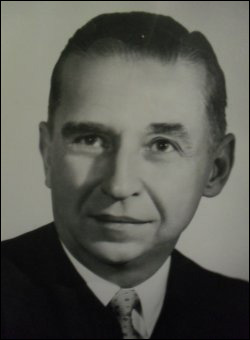 Upon the death of Justice Francis L. Valente, Bernard Botein, the Presiding Justice of the Appellate Division First Department paid tribute to him, saying “The state has lost a great and learned judge, and the court a stanch and cherished comrade.”

Francis L. Valente was born in New York City in 1906 and attended public schools there. He received a Bachelor of Science degree in 1926 from New York University and a law degree the next year. Bar admission followed in 1928, and Valente then went into private practice, where he remained until 1944.

In 1945 Valente was elected judge of the Court of General Sessions. He sat on that bench for ten years, until 1955, at which time he was elected to the Supreme Court. A few months after he was sworn in he was designated to the Appellate Division First Department in 1956 by Governor Averell Harriman. He was redesignated by Governor Rockefeller in 1961 and remained on the First Department bench until his death in 1966.

Justice Valente had been the liaison between the Appellate Division and the criminal courts of New York City on problems of administration and procedure. He was extremely knowledgeable about city affairs and active in civic organizations.

One of his most notable rulings was in the General Sessions Court during the 1953 trial of Minot F. Jelke III, heir to an oleomargarine fortune, on charges of procuring women for prostitution. Judge Valente barred the press and the public from the court “in the interests of good morals and to curtail reporting of a trial steeped in filth.” Jelke was convicted. This ruling was reversed by the Court of Appeals in 1955, which held that Jelke had been improperly convicted because of the refusal to allow the press and the public into the court. However, Jelke was retried the same year, convicted and sent to prison.

Valente was married to Aurelia Cella Valente, with whom he had two children. After suffering a heart attack, Justice Valente died on February 11, 1966 at age 60.