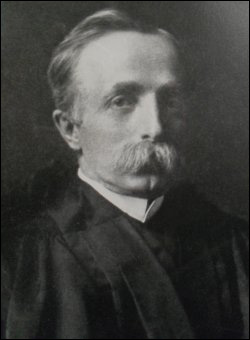 Born January 23, 1854 in London, England, Justice Greenbaum was the son of Louis and Rachel Deborah (Schlessinger) Greenbaum. He came to the United States with his parents when he was three years old and attended New York City public elementary school. Justice Greenbaum graduated from the College of the City of New York in 1872 and obtained his law degree from Columbia College Law School in 1875. While he was a law student and until 1877, Justice Greenbaum also taught grammar school.

From 1877 to 1900, Justice Greenbaum practiced law, first alone and then as a member of the firm of Hays & Greenbaum. In 1900, he was appointed to fill an unexpired term in the New York State Supreme Court. In November of 1901, Justice Greenbaum was elected to his first full fourteen-year term, and was re-elected in November, 1915 to another full term.

In 1920, Governor Al Smith designated Justice Greenbaum an Associate Justice of the Appellate Division, First Department, where he sat until he resigned in 1923 to resume private practice.

Throughout his life, Justice Greenbaum remained active in many professional, civic and charitable organizations. He was president of the Educational Alliance from 1912 to 1926. Justice Greenbaum had also served as president of the Aguilar Free Library Society; had been a trustee of the New York Public Library for many years, as well as a trustee of the League for Political Education, Jewish Welfare Board, and Jewish Theological Seminary of America. He was also a member of the Society for Medical Jurisprudence, Civil Service Reform Association, Free Trade League, and many bar associations.

Justice Greenbaum married Selina Ulman on March 13, 1888 and they had four children – Lawrence Samuel, Edward Samuel, Grace and Isabel. His wife passed away at 25 years of age.