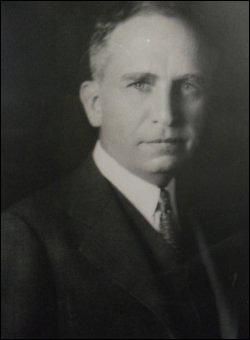 In a survey conducted in 1931 by Professor Joseph X. Healy of the College of the City of New York, 11 justices of the Supreme and City Courts (including Supreme Court Justice Edward S. Dore) were asked three questions: “What are the objectionable habits in the speech and delivery of lawyers in court? What do you consider the basic requirement of trial attorneys? What preliminary training should a pre-law student have to fit him for trial work?” The overwhelming response was that “verbosity and rapidity of speech” are the cardinal faults of practicing attorneys. Justice Dore stressed the value of the study of the classics and recommended an education in that field as “a sufficiently thorough mental and spiritual training.”
(Lawyers Too Wordy, 11 Justices Declare, New York Times, December 8, 1931, p. 35.)

Edward S. Dore was born in New York City in 1884. As a young man he graduated from the College of St. Francis Xavier in 1907. He attended Columbia and New York University for graduate studies and pursued a teaching career. He became an English instructor at Stuyvesant High School in New York and Newark Junior College. He then attended Fordham Law School, graduating in 1920, and was admitted to the Bar the following year.

Dore practiced law at the firm of Williams & Saxe (later Worcester, Williams, Saxe & Dore). During those years, he was active in Democratic politics. In 1926 he became Chairman of the law committee of the New York County Democratic Committee, and in 1930 became Chairman of the Democratic State Law Committee. Dore also served as Chair of the New York City Bar Association’s Committee on State Legislation. Well known as a Roman Catholic layman, he served as President of the National Catholic Alumni Federation.

Governor Roosevelt appointed Dore to the Supreme Court in 1931 to fill a vacancy. He was elected later that year to a full, 14-year term. In 1936 Justice Dore was designated to the Appellate Division First Department by Governor Lehman. He was redesignated in 1941 by Governor Lehman and in 1946 and again in 1950 by Governor Dewey.

In 1935 Justice Dore upheld the right of Parks Commissioner Robert Moses to oust the Dieppe Corporation from the former Central Park Casino, which had been a favorite gathering place of city VIPs for years. In 1954 he granted the Chase National Bank of New York the right to issue a proxy for 800,000 shares of New York Central Railroad stock to two friends of the late Robert R. Young, who later gained control of the railroad.