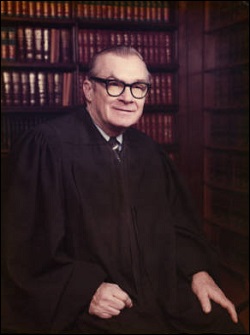 James P. O’Donnell received his LL.B. from Albany Law School in 1948 and was admitted to practice in 1948. He practiced Law in Herkimer, New York where he served as Village Attorney and Herkimer County Attorney. He was elected to the Supreme Court in 1968 and on August 24, 1983 was designated an Appellate Division Justice by Governor Mario Cuomo. He served on the Court until 1986 when he returned to Supreme Court. Justice O’Connell died on February 4, 2005.