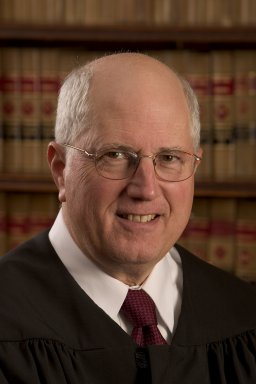 Justice Richard T. Andrias is a 1970 graduate of Columbia Law School and attended the Graduate Law School of the London School of Economics. He received a Bachelor of Arts degree from Bowdoin College in 1965 where he was Phi Beta Kappa and graduated with high honors in Economics.

While studying for his law degree at Columbia Law School, Justice Andrias lived in the New York City neighborhood known as Washington Heights where he lived in the same building where a young Scotty Stringer (now the New York City Comptroller) threw water-balloons out of his family’s apartment windows.  During the time he lived there, Justice Andrias came to know area political figures including Jordan Linfield, Robert F. Wagner, Jr. and Herman D. Farrell, among others.

Prior to attending law school, he served in Vietnam as an Army Intelligence Officer with the First Air Cavalry Division and was awarded the Bronze Star and Air Medal.
Justice Andrias was first appointed to the Criminal Court in 1983 by Mayor Koch. From February 1985 to December 1987 he was the Supervising Judge of the New York County Criminal Court. He was elected to the Supreme Court in 1987 and re-elected in 2001, serving as a trial judge in the criminal and civil divisions from January 1988 to June 1996.
In June 1996, Justice Andrias was designated by Governor Pataki as an Associate Justice of the Supreme Court, Appellate Division, First Department
.
Justice Andrias also taught trial practice at Pace Law School and has published numerous articles on legal subjects as varied as HIV issues in the courts and jury trials in Russia.
He is a member of the American Law Institute and a Fellow of the American Bar Association. He served a four-year term on the Executive Committee of the Association of the Bar of the City of New York and was elected to its Nominating Committee for 2004. He has been an active member of the American Bar Association and currently serves on the task force on Diversion and Special Courts.

Prior to being appointed by Mayor Koch to the Criminal Court, he was a trial lawyer for the Legal Aid Society’s Criminal Defense Division and in private practice, doing primarily corporate and commercial litigation. He was a member and Chair of Community Board 12, Manhattan; Chair of the Board of Directors of the Bronx Legal Services Corp.; and a board member of the Veteran’s Leadership Program, a non-profit job-training program for Vietnam and Post-Vietnam era veterans. He was a board member of the New York City Audubon.