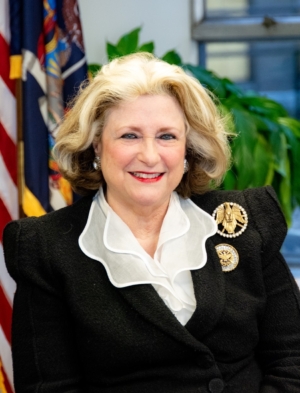 During the hiatus between graduate school and starting law school in 1973, she was Assistant Director of Admissions at Long Island University, Brooklyn Campus. One of her primary responsibilities was ensuring the diversity of the incoming student body. She was instrumental in developing a special program through which Associate Degree students could matriculate to obtain a B.A. Degree.

Justice Heitler was elected a Judge of the Civil Court of the City of New York in 1994. In January of 1996, she was designated to sit as a New York State Acting Supreme Court Justice in New York County, and, after being elected, she began her term in 2001 as a New York State Supreme Court Justice. She was assigned to, among others, a Trial Part and a Matrimonial Part. Thereafter, she presided over an Individual Assignment Part, in which she tried all types of cases and decided motions therein, including medical malpractice cases, contract cases, personal injury cases, and landlordtenant disputes. She presided over Mental Hygiene Law Article 81 applications and conducted Mental Hygiene hearings at various hospitals in New York City.

In January 2007, she was appointed to sit as an Associate Justice of the Appellate Term, First Department. In addition, in August 2008, she was assigned to the Court’s Center for Complex Litigation to administer all asbestos-related mass tort cases in the City of New York, with an inventory of more than 30,000 cases.

In December 2009, she was appointed Administrative Judge for Civil Matters, First Judicial District, succeeding Judge Joan B. Carey. At this time, Justice Heitler left the Appellate Term, but continued to administer the asbestos inventory.

During her tenure as Administrative Judge, Judge Heitler of course spent much time on efforts to improve the efficiency of case processing and management in our court. For example, Judge Heitler established and personally conducted a series of “blockbuster” calendar calls for older post-note cases in the General Assignment and Motor Vehicle inventories. The purpose of these calls was to bring intensified judicial attention to a search for settlement, since, as is well known, most cases in the court settle eventually. For cases that were not settled at the call, firm trial dates were given.

Judge Heitler promoted periodic review of the court’s inventories to ferret out instances in which clerical errors had been made that left cases marked as “active” that in fact had been resolved, as well as to focus attention and energy on older cases. She issued the Third Edition of the Handbook on Case Management.

She met with Bar groups to review court procedures and sought the views of practitioners about improvements in court operations. She initiated meetings with representatives of the City and the Transit Authority to re-examine the procedures then in place for the processing of these cases. She made a number of changes to procedures in the Transit inventory. Eventually, a special settlement Part was established for Transit cases that Judge Heitler presided over. She continues to do this today.

Judge Heitler experimented with a summary jury trial program. Appropriate procedures were developed and related materials were promulgated for the information of the Bar. The Statewide Coordinating Judge for Summary Jury Trials, Hon. Lucindo Suarez, came to the court periodically to try cases of this type.

Judge Heitler led a review of procedures in the Administrative Coordinating Part (Part 40) to ensure that backlogs did not develop there.

In 2012, Judge Heitler developed a plan to enhance court productivity that covered a broad
segment of the court’s inventory.

She sought to expand the number of referrals to the Commercial Division ADR Program. She also began consideration of the expansion of the Program to commercial cases outside the Division, an idea developed and implemented by her successor, Judge Peter H. Moulton.

An experiment in alternative dispute resolution was introduced in June 2014 by Judge Heitler. In this project, every fifth newly-filed Commercial Division case was referred to the ADR Program for mediation. This pilot program, which was to run for 18 months, was undertaken at the suggestion of the Chief Judge’s Task Force on Commercial Litigation in the 21st Century in its Report and Recommendations of June 2012.

Under Judge Heitler’s leadership, a matrimonial ADR program was introduced. This was initially a mediation program. Later, based on experience with this program, the court substituted a neutral evaluation program, which continues to this day.

Judge Heitler changed the procedures regarding submission of hard copy motion papers. In many instances, these papers were being submitted far in advance of the return dates and many motions were adjourned. As a result, the court found itself operating a massive storage operation for papers on motions not near to submission. Since then, attorneys have been directed to submit minimal moving papers to calendar motions and to present all other papers for submission on the final return date. The court also limited the time when initiating papers could be submitted.

In March 2015, Judge Heitler was appointed the Chief of Policy and Planning for the New York State Unified Court System’s Office of Court Administration. In this role, she provides oversight for the court system’s statewide network of “problem-solving courts,” which include drug, community, domestic violence, mental health, veterans, adolescent diversion, and human trafficking courts. In addition, she works to develop new case management practices in an effort to reduce case backlogs and promote better case outcomes for litigants, victims, and communities.

Justice Heitler has chaired and lectured at various programs established by professional groups. At New York County Lawyers’ Association (NYCLA) she has chaired programs on conservators, receivers and referees, ethics in government, and joint membership for NYCLA and the Puerto Rican Bar Association. She co-chaired the Continuing Legal Education program for the Millennium Women’s Bar Convention, sponsored by the Women’s Bar Association of the State of New York, and is still active in their Continuing Legal Education Programs. She has given several lectures to different lawyers’ groups, including a symposium on the issue of parental relocation.

Justice Heitler is a member of the Fordham Law Alumni Association and has been an Adjunct Professor of Law at Fordham University School of Law. Because of her strong belief in the value of education, she has encouraged legal interns from different law schools to work with her as part of their course of study.

She has also served in a leadership capacity for the Auxiliary of Tisch Hospital, the Fordham Law School Advisory Panel, and the United Jewish Appeal.