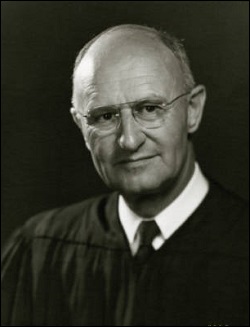 Frederick T. Henry was born in 1897 in Canandaigua, New York. He graduated from Cornell University Law School and was admitted to practice on July 1, 1924. Between 1943 and 1950, Justice Henry served as the Ontario County Surrogate. In 1950 he was elected to the Supreme Court for the Seventh Judicial District and served as a trial judge until he was designated to the Appellate Division in 1959. He served as an Associate Justice on this Court until his retirement in 1973 at age 77. He died on May 31, 1981.