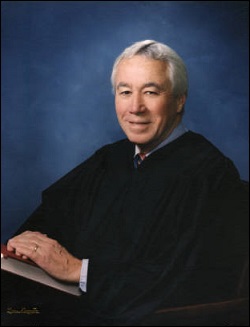 Leo J. Fallon graduated from Cornell University Law School and was admitted to practice on November 10, 1953. He served as an Assistant U.S. Attorney for three years and became a partner in the law firm of Offerman, Fallon, Mahoney & Cassano in 1958. He served as Hamburg Town Supervisor from 1972 to 1981. He was elected to Supreme Court in November 1986 and was designated to the Appellate Division, Fourth Department, in 1992. He served on the Court until December 31, 1998 when he returned to the trial bench. Justice Fallon presently serves as a Judicial Hearing Officer for the Eighth Judicial District.