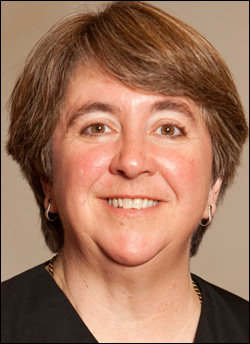 Justice Elizabeth A. Garry was appointed to the Appellate Division, Third Department, effective March 19, 2009. She graduated from Alfred University and Albany Law School. Justice Garry served as Confidential Law Clerk to Hon. Irad S. Ingraham, Justice of the Supreme Court, from 1990 to 1994. She then engaged in private practice with the Joyce Law Firm in central New York from 1995 through 2006. Justice Garry served on the Planning Board for the Town of Berlin, Chenango County, from 1999 to 2001. She was elected as Town Justice in the Town of New Berlin in 2001 and re-elected to a second term in 2005. Justice Garry was elected Supreme Court Justice for the Sixth Judicial District in 2006.