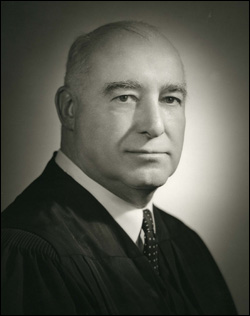 Alger Williams was born in 1898. He began the practice of law in partnership in 1921, specializing in general litigation. He served a term as President of the Erie County Bar Association in 1940-41. In 1946, he was elected a Justice of the Supreme Court for the Eighth District, a post to which he was re-elected in 1960.