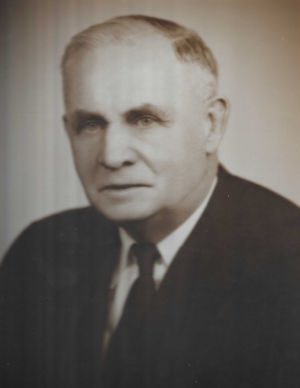 William F. Love was born in Rochester on October 26, 1880. He graduated from the Rochester Free Academy in 1899, received a Bachelor of Philosophy degree from the University of Rochester in 1903, and attended the Rochester Business Institute. He then served an apprenticeship in the law office of George Raines and was admitted to the bar in 1905.

A Republican Party member, Love received a patronage position following his admission, in the form of an appointment as Secretary to Mayor James Cutler. He subsequently was an adviser to the State Senate on the revision of bills, and later practiced law privately in partnership with F. Wiedman. In 1911 he was appointed an Assistant District Attorney, and remained as a public prosecutor for the next twenty-one years. He was the First Assistant District Attorney in 1918 and 1919, and held office as District Attorney from 1919 until the close of 1931, having been elected to the office four successive times.

Love was twice elected to the State Supreme Court, sitting from 1932 to his mandatory retirement at the close of 1950. From 1945 until his retirement, he was an Associate Justice of the Appellate Division of the Fourth Department. He acted as an Official Referee for seven years following his retirement, and died in Rochester in April 1959.