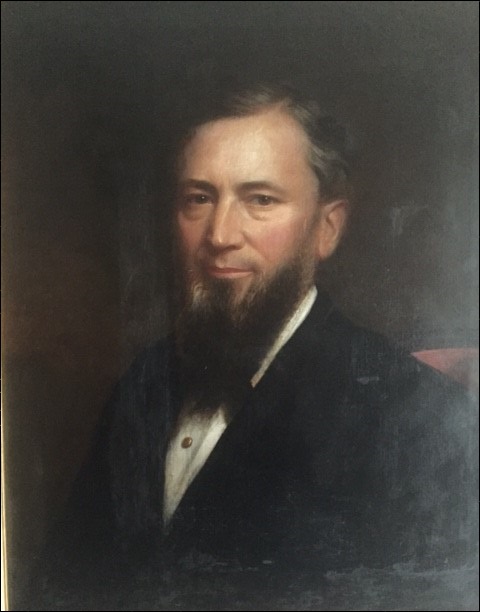 Justice Calvin E. Pratt was born on January 23, 1828 in Princeton, Massachusetts. He was educated at the district school there, then at the Collegiate Academy of Wilbraham. He practiced surveying and taught in schools before undertaking the study of law in 1849. In 1850 he attained the position of Clerk of the Criminal Court and was admitted to the bar in 1852. From 1851 until 1859 he studied and developed an expertise in the subject of medicine and anatomy in relation to jurisprudence. Pratt was elected as Justice of the Peace for Worcester, holding that position from 1853 until 1859. He was also active in politics, serving on the Democratic State Central Committee and as chairman of the County Committee.

During that time he also joined the Worcester Light Infantry of the National Guard of Massachusetts, attaining the rank of Major of the Tenth Massachusetts Infantry. When the Civil War began, he organized and went to the front with the Thirty-first Regiment, New York Volunteers, and Governor Seymour appointed him Colonel. Colonel Pratt was shot in the left cheek on January 29, 1862 at the battle of Mechanicsville, and the bullet was not removed until 29 years later. For his service he was again promoted, this time by President Lincoln, to the position of Brigadier General. Following the war, Pratt resumed the practice of law in Brooklyn. From 1865 until 1866 he served as Collector of Internal Revenue for Kings and Queens Counties.

Pratt joined the bench in 1869 when he was elected to the Supreme Court. He was reelected in 1877 and again in 1891. In June 1881, Justice Pratt presented a paper on medical jurisprudence to the Medico-Legal Society, in a discussion which included the importance of medical expert testimony in the courts and advice on preparing medical experts and methods for presenting evidence to a jury. When the Appellate Division was created in 1895, Governor Morton designated Justice Pratt to sit on the Second Department bench.

He was a member of the Brooklyn Club.