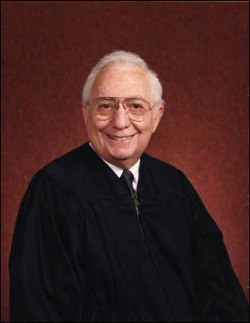 David O. Boehm received his LL.B from Temple University Law School and was admitted to practice on September 27, 1947. He practiced law in Rochester and, in 1967, became President of the Monroe County Bar Association. In 1969, Justice Boehm was elected to Monroe County Court and became Administrative Judge of that court before being elected to Supreme Court in 1975. In 1992, he was designated an Associate Justice of this Court. Additionally, Justice Boehm served as President of the New York State Association of Justices and as a member of its Executive Committee. He also served on the New York State Pattern Civil Jury Instructions Committee. He retired on December 31, 1998 and currently serves as a Judicial Hearing officer.