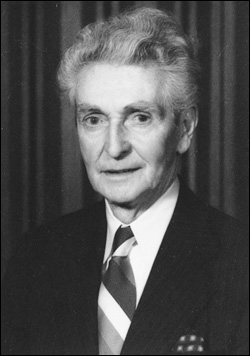 Justice Michael E. Sweeney, born in 1915, was educated at St. Mary’s College and Albany Law School. He was admitted to the Bar in 1939. He served as a staff sergeant in the Army in the Asiatic-Pacific Theatre during World War II. For twenty years, he was an active trial lawyer with the Saratoga Springs law firm of Leary, Fullerton & Sweeney. Justice Sweeney served as Acting Saratoga Springs City Court judge from 1950 to 1959. In 1959, he was elected to the Supreme Court for the Fourth Judicial District. He was designated to the Appellate Division in 1969 and retired at the end of 1983. Justice Sweeney died in 2006.